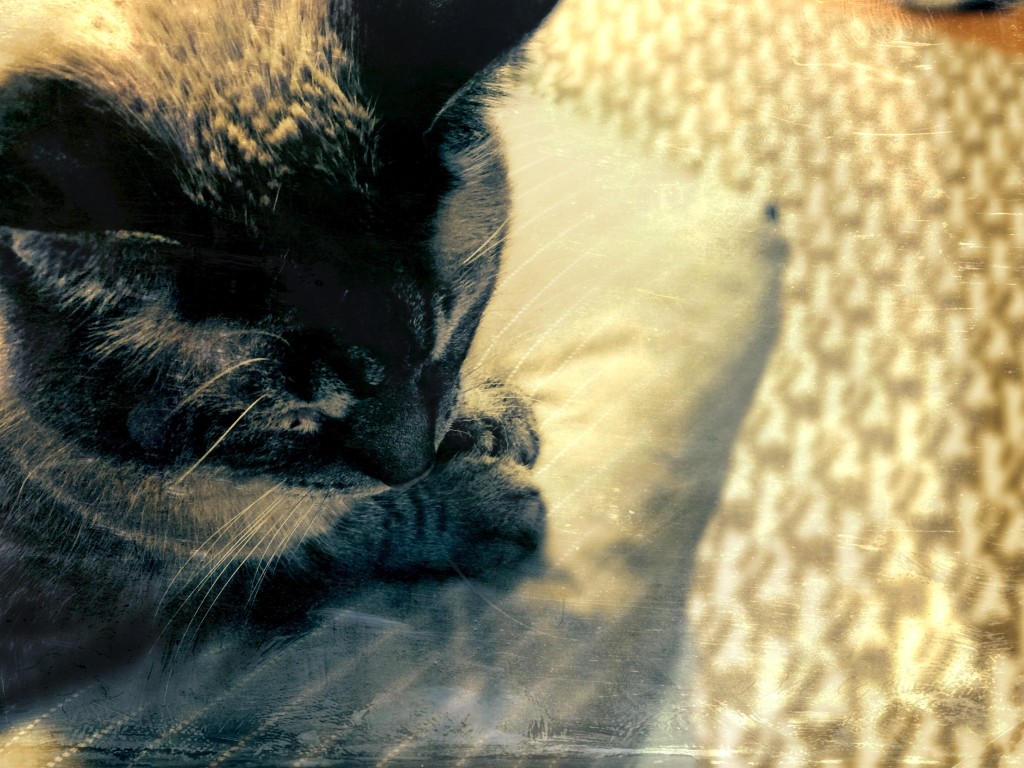 A few years ago, my oldest, Belle, who was ten at the time, was getting ready in her bathroom with the door locked. I was in the kitchen making dinner, and I kept hearing my son, Jeb, who was five back then, knocking incessantly on the bathroom door. He didn’t need to use the bathroom or brush his teeth, nor did he have any legitimate reason to be in the bathroom. He simply wanted to be where Belle was.

She was yelling at him through the door to, “GO AWAY!” Still, over the next five minutes or so, he persisted. Until suddenly, the knocking stopped.

In curiosity, I peeked down the hall, and what I saw still makes me laugh to this day.

Jeb, on all fours, was crawling from his bedroom to the bathroom door. When he got there, he gently pawed at the door and attempted a long, pitiful “meow.”

Now, for this story to make sense, you should know, we have a very fat, very lazy cat, Faulkner (pictured above and named after my favorite southern author). Everyone in our family knows, no matter where Belle is in the house, if Faulkner wants in a room with her, she will, without fail, open the door to let him in. They’re tight like that.

So, there was Jeb, on his hands and knees outside the bathroom door, meowing, and pawing at the door, doing his best Faulkner impersonation, and just like he’d hoped, Belle opened the door . . .

. . . then slammed it in his face a second later when she realized it was him.

The reason I am such a fan of authenticity is this . . . It’s better for someone to slam a door in your face for what you are than for a door to be opened to you for what you’re not.

In my younger years, I spent a great deal of time and went to excessive lengths to try and be what others wanted me to be. From those experiences, I can tell you, no matter how convincing I was at the charade, I was always found out in the end. Many a door was slammed in my face—most by the very people I was trying to impress.

We live in a world that is relentlessly trying to turn us into someone else–someone we were never meant to be. I see it daily with my young daughters. From their hair to their clothes to their social calendars, everything is an on-going, aggressive competition.

But here’s the truth about comparison . . . If you are who God made you to be, you have no competition. You are unique, one-of-a-kind, born with gifts and potentials and beauty that cannot be duplicated. You have no competition because you’re an original, unlike anyone who has been or will be. You can plan and execute your own campaign to try and be someone else, employing creative tactics and maneuvers, but just like Jeb, your plans will inevitably fail.

I always tell my girls, don’t trade in your authenticity for popularity or approval. Instead, fearlessly be you. It won’t be easy at times. It will require vulnerability and integrity. But if you faithfully walk the path of authenticity, you’ll be unstoppable.